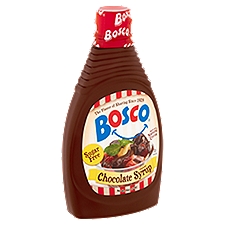 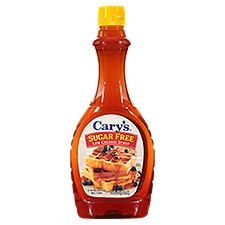 Jimmy Dean Meat Lovers Breakfast Skillet, 16 oz Kickstart the mornings with Jimmy Dean® Meat Lovers Breakfast Skillet for an easy breakfast the whole family can enjoy. Made with savory chicken and pork sausage crumbles, bacon bits, diced potatoes, cheese and a blend of seasoned vegetables, this multi serve breakfast favorite provides 14 grams of protein per serving when cooked with eggs. Fully cooked and ready in 15 minutes, this easy to prepare skillet is the quick meal option your busy mornings need. For a warm, delicious breakfast any day of the week, heat in a skillet with 6 freshly cracked eggs and serve. Includes one 16 oz package of meat lovers breakfast skillet that serves four. Jimmy Dean once said, ''Sausage is a great deal like life. You get out of it what you put in.'' Which pretty much sums up his magic formula for having a great day. Today, Jimmy Dean® Brand brings you many ways to add some sunshine to your morning. Because today's your day to shine on™. Diced Potatoes, Red & Green Peppers, Onions, Sausage Crumbles & Bacon 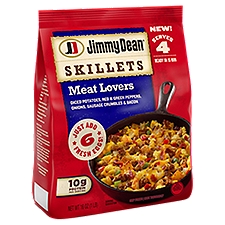 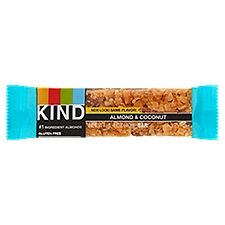 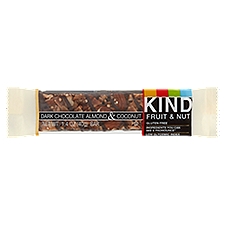 Kind Dark Chocolate Mocha Almond Nuts & Spices Bar, 1.4 oz 5g sugar* *50% less sugar per bar than the average nutrition bar. This bar has 5g sugar; the average nutrition bar has 12g sugar. Do the kind thing for your body, your taste buds & your world® Our Nuts & Spices bars have to meet a strict standard: 5g of sugar or less. And full of delicious flavor, they seem too good to be true. But made with simple and whole ingredients, they're a snack that only tastes indulgent. 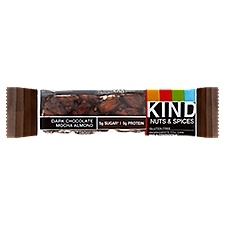 Kind Dark Chocolate Nut Bars, 1.76 oz, 5 count Protein from Real Food® Kind Protein® bars are the perfect pick-me-up to help fuel your day. Take this Dark Chocolate Nut bar for example. What's not to love: rich dark chocolate, whole peanuts, almonds and 12g of protein. Plus, it's 25% bigger than an original Kind® bar, so there's even more to enjoy. Ingredients you can see & pronounce® 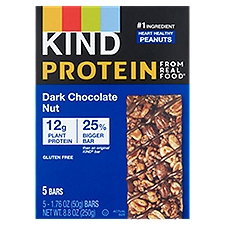 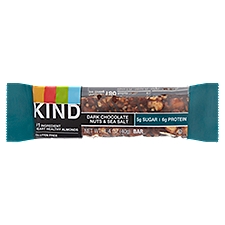 Kind Milk Chocolate Almond Bars, 1.4 oz, 6 count Ingredients you can see & pronounce® We've taken milk chocolate to the next level by adding it to our favorite nut bars. In this milk chocolate almond bar, we've paired ingredients like heart-healthy almonds with delicious milk chocolate - while staying true to our commitment of using as little sugar as possible without sacrificing taste. It's what milk chocolate lovers have been waiting for! 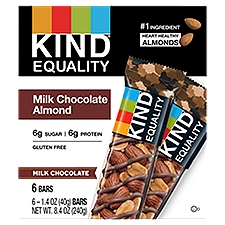 Kind Peanut Butter Bars, 1.4 oz, 6 count #1 Ingredient - Heart Healthy Peanuts This bar was designed for peanut butter lovers. We combined crunchy peanuts with smooth peanut butter and then drizzled it to give you even more peanut butter flavor. Made with 6g of protein and 5g of sugar per bar, this is a delicious snack you can feel good about. 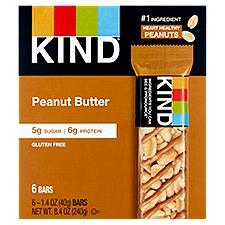 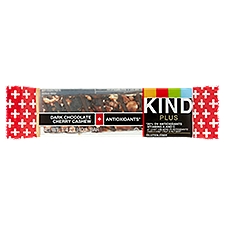 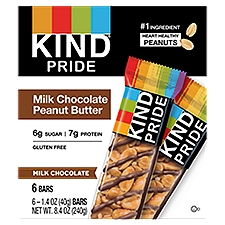 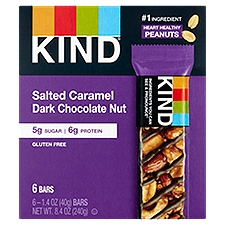 Purely Elizabeth Organic Recipe No. 01 Original Ancient Grain Granola, 12 oz Full of the Good Stuff We select each ingredient for its taste, texture and nutrition to create products you will obsess over! Our Ancient Grain Granola blend includes organic oats, chia and sustainably sourced coconut sugar. 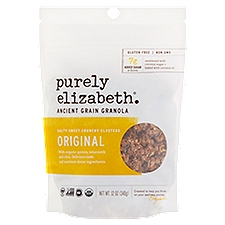 Purely Elizabeth Recipe No. 02 Cranberry Pecan Ancient Grain Granola, 12 oz Full of the Good Stuff We select each ingredient for its taste, texture and nutrition to create products you will obsess over! Our Ancient Grain Granola blend is made with organic oats, chia and sustainably sourced coconut sugar. 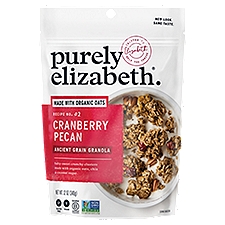 Purely Elizabeth Recipe No. 04 Blueberry Hemp Ancient Grain Granola, 12 oz Full of the Good Stuff We select each ingredient for its taste, texture and nutrition to create products you will obsess over! Our Ancient Grain Granola blend is made with organic oats, chia and sustainably sourced coconut sugar. 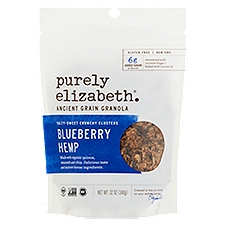 XyloSweet Natural Xylitol Sweetener, 100 count, 400 g What is Xylitol? Xylitol is a natural sweetener derived from the fibrous parts of plants. Similar in taste to regular sugar, but with a significant difference-xylitol has a low glycemic index and is low in calories. Additionally, xylitol has a natural, cooling and moisturizing effect. The xylitol molecule contains only 5 carbon atoms rather than the 6 of most other sugars. This molecular difference is the key to xylitol's beneficial qualities. A delicious, low-calorie sweetener: XyloSweet® has all the sweetness of common sugars, yet has 40% fewer calories. XyloSweet is an ideal alternative sweetener in foods prepared for weight loss or for anyone concerned about the overuse of sugar in their diet.* But XyloSweet's low calorie sweetening characteristics are only the beginning of its nutritional story. Low Glycemic Index: XyloSweet can be substituted for most common sweeteners without compromising taste or texture. Unlike so many other sugar alternatives, XyloSweet does not have any after-taste and XyloSweet is metabolized without insulin, so it creates a significantly lower glycemic effect when eaten. Regular sugar has a glycemic index score of 85 to 100 compared to XyloSweet's glycemic index of only 7. This is great news for anyone who has to control their sugar consumption and choose foods low in glycemic effects. Health Benefits: Xylitol has been studied extensively and has shown some unique health benefits. Additionally, xylitol has natural cooling, moisturizing and other health-promoting effects. This has led to the addition of xylitol in dental and health-care products like the Spry Dental Defense System® and Xlear® Nasal Spray. *Xylitol requires a brief period of tolerance adjustment. It is suggested that XyloSweet be used in gradually increasing portions over a period of three to six weeks before it is entirely substituted for common sugar. Xylitol usage is endorsed by the following Dental Associations: Finnish, Swedish, Norwegian, British, Irish and Estonian. 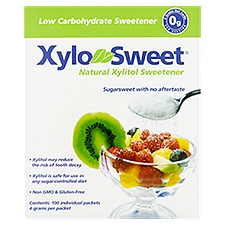 Can't find what you're looking for?